Farmer Rob believes he has discovered a bear’s claw marks in the Market Garden. The alleged track was found among the beans.

I’ve never heard of a bear liking beans, but other evidence also points to a bear:

-Rob also found what he believes to be bear droppings under a nearby cherry tree.

-In the past, black bears have been spotted in the farm vicinity.

I, ever one to question the official story, suggested an alternative: Perhaps a smaller animal with one claw scratched five parallel marks into the dirt.

Now, however, after analyzing the photographic evidence and running it through my crime-solving computer, I believe that Rob is correct. It’s hard to argue with this: 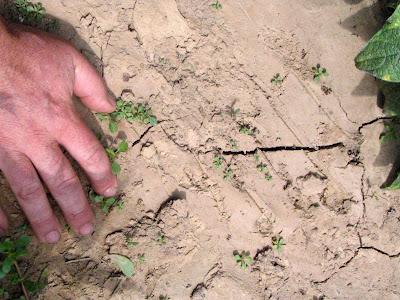 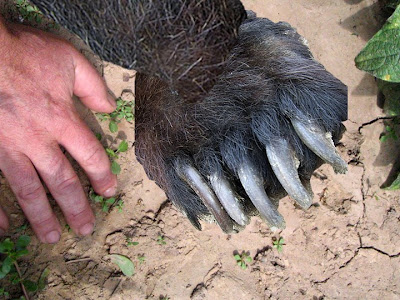 A more likely bet for the bean thief identity is a woman with chubby hands and long finger nails.

I WANT TO SEE A BEAR.